Professional Headshots and Interview with this amazing up and coming actor

It was great to meet and photograph new professional headshots for Guadalupe. Originally from Argentina, she has a fantastic personality and approach to her acting career.

I am a free spirit and a romantic at heart. I love to experience new things as often as possible, which has lead me to live in different countries and change career paths every year. I am me with no labels, I follow my instincts and that’s the only way I found I can be truly happy.

I did three years of training back home in Argentina, as well as a few workshops in New York and London. I do not believe that a formal education is essential to being successful as there are so many opportunities in this day an age to showcase your talent and explore your craft that can help you build the career of your dreams, however, in my case, I do believe that it would help me feel better prepared and more confident to embark in future projects, as well as giving me the joy of learning everything there is to learn about an art that so many people fall in love with.

Professional Headshots in our London Studio

I didn’t grow up in an artistic household, so it was hard for me to understand growing up why I was so fascinated with films and tv shows. I would spend hours and hours watching everything and anything, including live recordings of theatre shows.

I think my biggest inspiration was the ability that these actors had to transport their audience into their world, and how powerful it feels to convey emotion and have people feel what its like to be in someone else’s shoes. I spent most of my childhood wanting to be a part of that, and that feeling hasn’t gone away since then.

Growing up in Argentina, the challenge came from not being able to fully comprehend the characters background story, the culture at the time and well, the actual words that were being spoken. It was a lot of hard work and even though we had a simplified version of the play, I still wanted to play Cordelia truthfully and to the best of my abilities.

I was born and raised in Argentina, until I was 19 years old and decided to go travelling and haven’t looked back since (although I have been back to visit a couple of times).

I learnt English in school and by watching loads of American shows and movies, so my accent was American for most of my life. When I moved to London four years ago I made it a point to learn how to speak in an English accent, and I can happily say I think I’ve succeeded!

I recently discovered the power of spirituality and been really interested in learning more about meditation, the universe, the law of attraction and it has helped me to live a better and fuller life knowing that we are in control of our own destiny.

One of my dream roles to play has always been Lara Croft. Ever since I was a kid I’ve been fascinated with the character in the video games and movies, and how a female was represented as someone so independent and strong in the big screen. I love the fact that it is a physically challenging role, and I think from my perspective it would be really cool to see Lara as a Latina woman, maybe even playing the role in Spanish? Just a thought 😉

This year I decided to start pursuing acting as much as I could, which required me to quit my full time job and find something that would be a lot more flexible. Thankfully I found the perfect place, a Cabaret club!

I am currently a supervisor there and it’s a very fun job, where I get to see live entertainment every weekend and where people come for an experience. In a way, it feels like I am part of the show, so it’s not too far fetched from acting. Even when I am waiting tables I like to think of it as me playing the role of a waitress… call me crazy.

A while ago I was approached by an agency who offered me a job live streaming on a new app. It seemed doable and fairly easy at first, as all I had to do was talk about my day and build an audience, but it soon proved to be very time consuming. It ended up not working out with my schedule but I still do it occasionally and in the short period of time that I did it I was lucky to have so many people supporting me. To this day I still get messages from people asking me when is the next time I’ll be live and that they would love to see more content from me.

Primarily to work as much as possible and get involved in as many projects as I can to be able to build a solid show reel and get into Spotlight. For the longest time I was afraid to put myself out there as I didn’t have professional headshots that I felt represented me and my range, but thanks to Sean and Lumosia I now feel confident to put myself forward for bigger jobs and even apply for drama school!

If you are looking for Professional Headshots in London or Bristol, call us on 07810004451 or email hello@lumosia.com We are always happy to answer any questions. 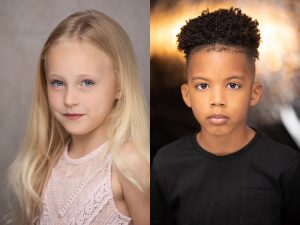